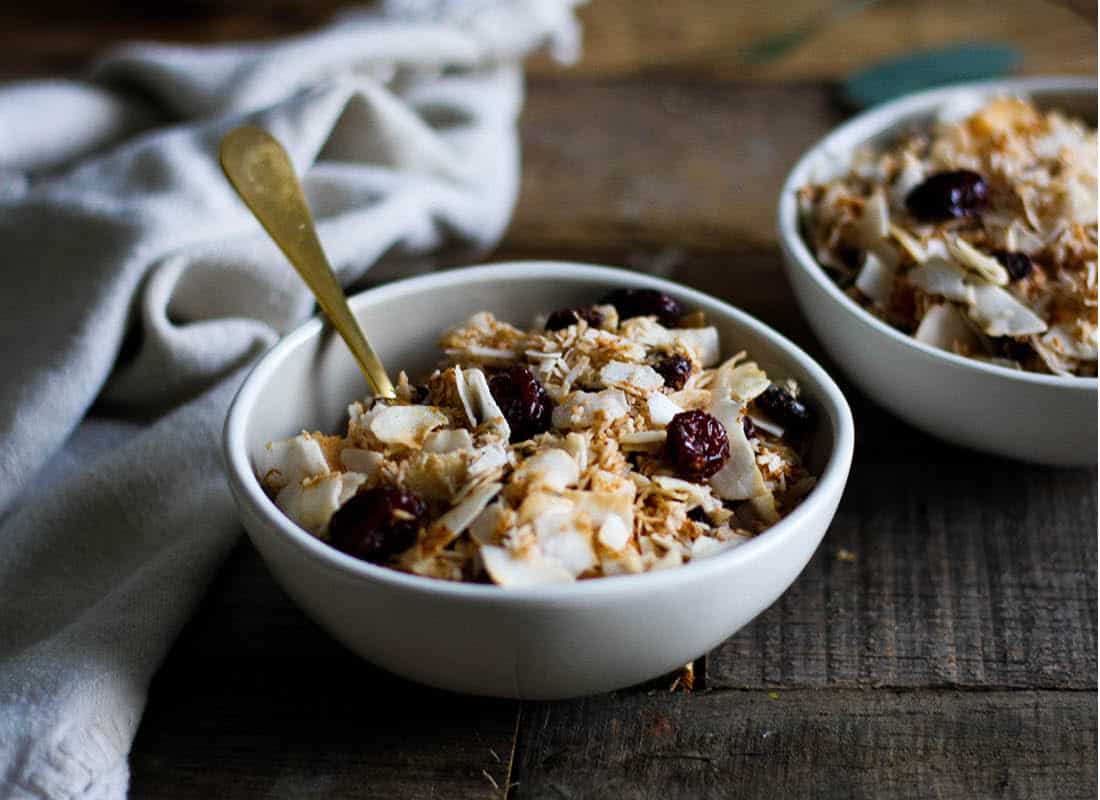 This autoimmune protocol friendly Pumpkin Spice Granola is perfect no matter the application. You can use it to top my Caramel Apple Parfaits, enjoy it straight out of hand, or in a bowl with coconut milk. It’s nut free, crunchy, and slightly sweet and spicy.

Here’s how it came about…

A couple of years ago, I partnered up with two blogger friends to make a free holiday cookie ebook, Paleo Cookie Exchange. Included in it is a recipe called Coconut Cinnamon Toast Crunch, which is a combination of maple sweetened coconut flakes, toasted pecans, and ground cinnamon. This year my friends and I decided to expand our ebook with a few new recipes, and I knew I wanted to do an AIP compliant spin-off on my previous “coconut cereal”. 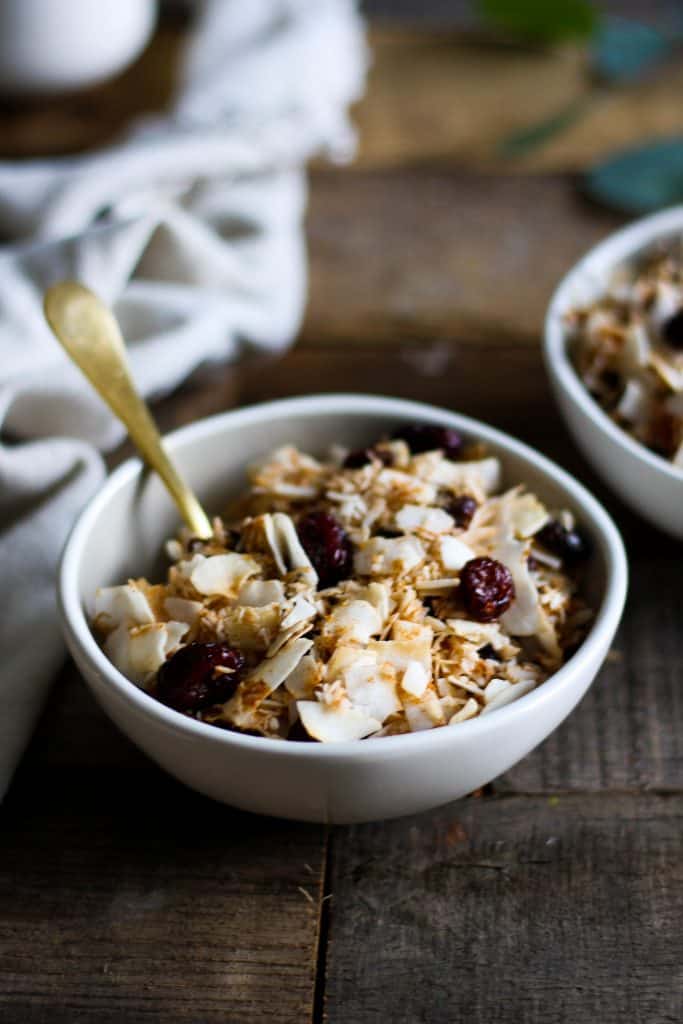 The first granola recipe I created tasted like Cinnamon Toast Crunch, while this AIP Pumpkin Spice Granola recipe tastes like the most delicious Raisin Bran imaginable. The combination of ground cinnamon and ground ginger, in addition to sea salt and maple is just the perfect amount of fall sweetness. The raisins and cherries add a pop of flavor and chewy texture opposite the crispy coconut flakes.

Despite having prepped at least one batch of this AIP Pumpkin Spice Granola every week since August, my family hasn't grown tired of it yet. As a result, we’ll pack it in our lunches to eat by the handful, and enjoy it as dessert with coconut milk poured on top. You better believe we make a second batch if we run out early in the week! While I don’t often say this about my recipes, this AIP Pumpkin Spice Granola blows my former Coconut Cinnamon Toast Crunch straight out of the water.

My goal with creating AIP recipes is always to include a few healing ingredients, and this AIP Pumpkin Spice Granola isn’t any different. So if you’re looking for a healthy and healing treat, look no further. 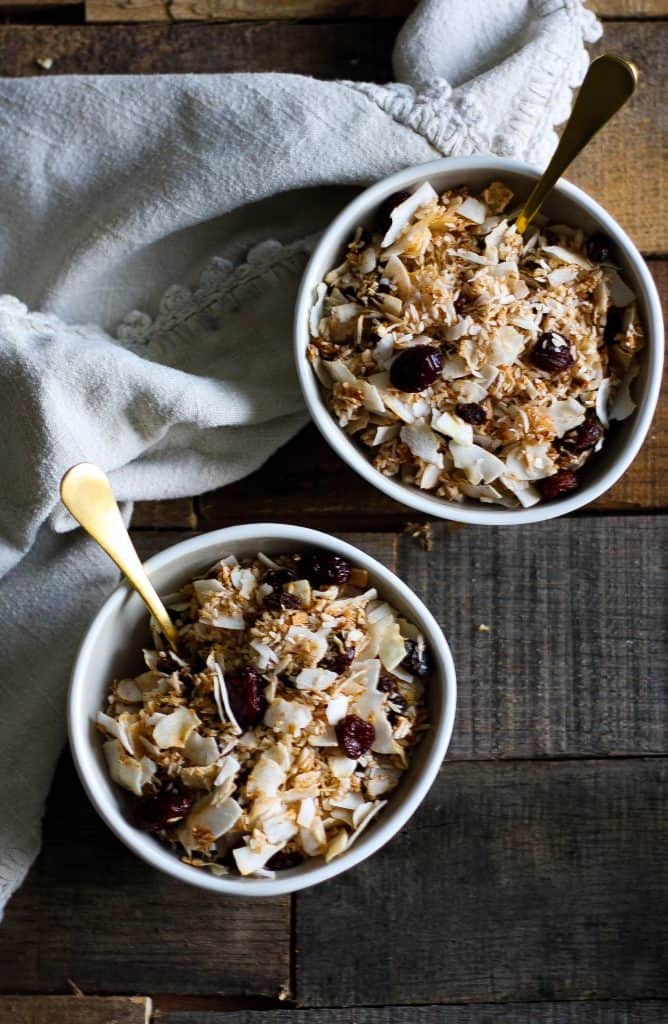 Enjoy as a handful of granola, or in a bowl with coconut milk and an extra sprinkle of cinnamon.

Download my AIP Quickstart guide, your blueprint to rockin' your AIP transition on the first try. 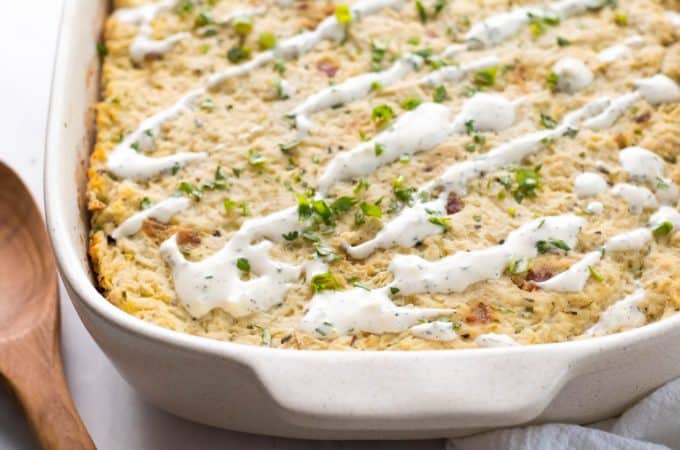 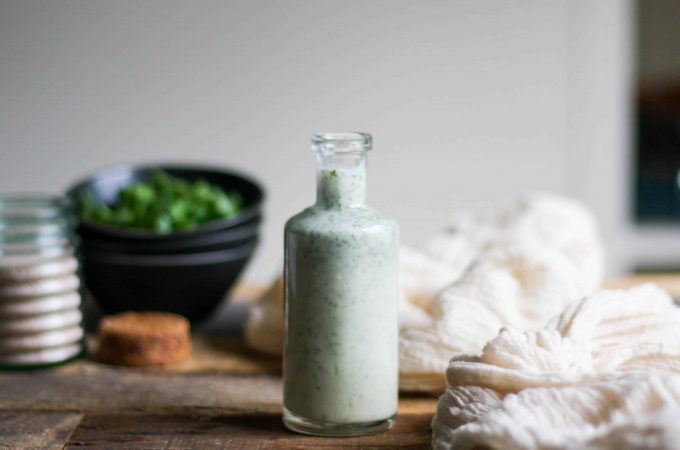 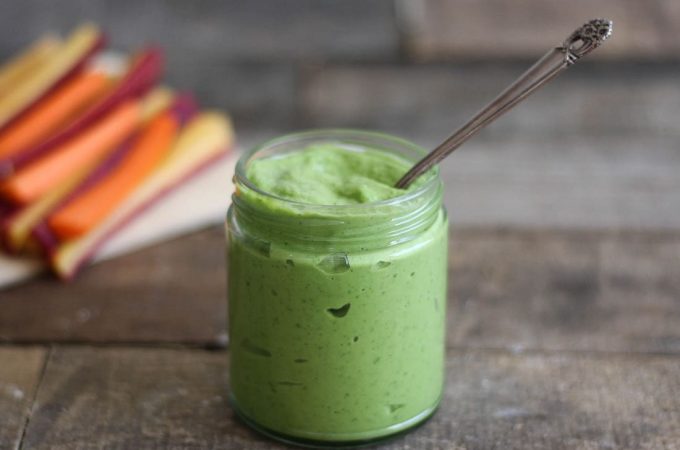